Allen Court was an 11 storey tower block in Ealing. We were employed to remove all of the asbestos containing materials (ACM's) prior to the building being demolished by the demolition contractor.

With major urban regeneration schemes taking place in London and the South East asbestos removal in tower blocks is a major part of our works.

We were appointed as the asbestos removal contractor for Allen Court by Downwell. We were issued with the demolition and refurbishment survey and asked to remove all the asbestos containing materials contained within the survey so the demolition of the building could commence.

The works also included the removal of asbestos soffit panels to the communal hallway on the 10th floor. The enclosure method was a fully controlled enclosure with 3 stage airlocks.  Negative pressure of a 1500cfm NPU was utilised.

Asbestos backed doors throughout the building were also removed.  The removal method was using locally controlled conditions when removing the doors. The method of removal was to wet suppress the exposed face with suitable sufficient surfactant, then place a drop sheet below the panel. Shadow vacuum when unscrewing the hinges from the door frame, once removed whole it was placed straight in to an asbestos regulation door bag.

To view some of our other case studies follow link 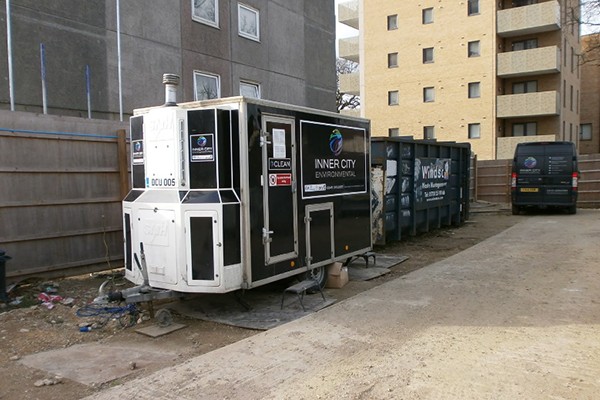 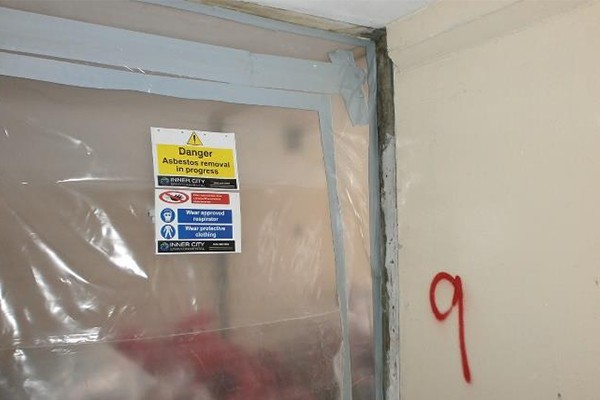 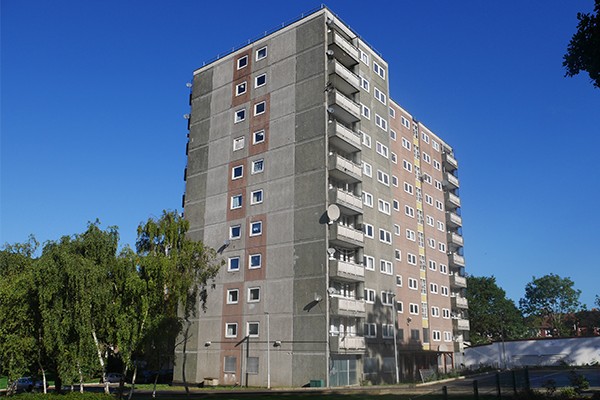